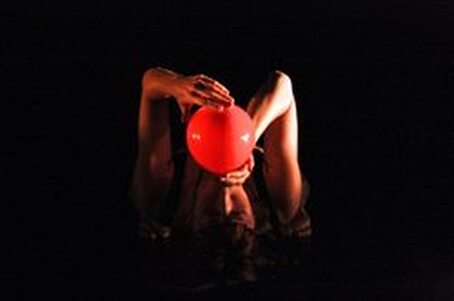 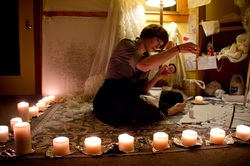 ​As "The Artist" in the live performance and installation portion of the larger project Epiphanarie: Cinematik, a collaboration guided by Michael Pope with MEMO, Gregor Krammer, Leanne Dyer, Maya Urbanowizc, and Cory Neale.
​
Created and presented February 2013 as part of the E|MERGE interdisciplinary residency at Earthdance, Plainfield, Massachusetts. 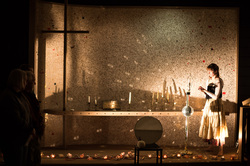 Site-specific installation and structured improvisation "There's a hole in the wall (REMIX)." 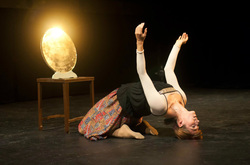 Still photo from the structured improvisation "There's a hole in the wall" performed in Voices of Action: Women in Performance during August 2012 at the Minnesota Fringe Festival, Minneapolis, Minnesota. 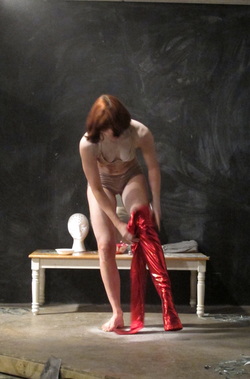 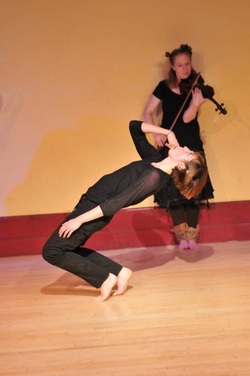 From an improvisation inspired by Bergman's Introduction to Dance Studies course and students at The University of Iowa: "why do i dance/make dances? why do others dance/make dances? and why does it matter anyway?"
​
You Come. We'll Show You What We Do. Minneapolis Chapter- curated by Taja Will. Performed two nights in December 2011 at Patrick's Cabaret, Minneapolis, Minnesota. 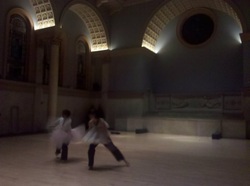 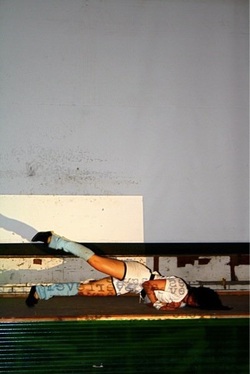 St.Vitus Dance, an improvisation on exercise/exorcisms. 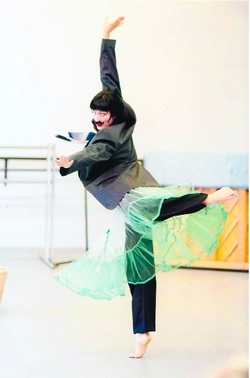 From a solo improvised performance of "Birds of Paradise." Originally conceived, choreographed, and performed as a duet in collaboration with Analia Alegre-Femenias.

A moment from "LENS", Bergman's site-specific dance and film installation that foregrounds the action of watching (how we look and how we watch ourselves be looked at), the reactions and constructions that these perspectives provoke, and the fragmentation of memory. Presented as part of Artery 2010, a curated festival of performance art at the Soap Factory, Minneapolis, Minnesota.

​Photo documentation by the Artery, courtesy of Fiona MacNeill. 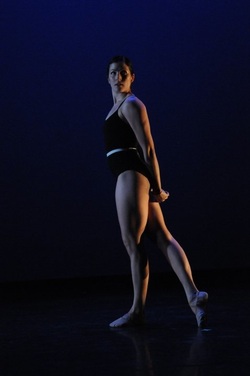 Self-aware "Little Dancer" pose from "I don't think it is necessary to know exactly what I mean," a Foucaltian rumination on the disciplining of the ballet body/mind. Presented as part of Renovate: A Choreographer's Evening at the Ritz Theater, Minneapolis, Minnesota, May 2010. 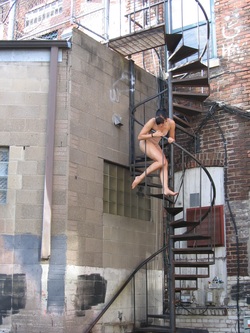 Photo still from the photo-study in collaboration with visual artist Josh Doster. This project relates to an interest in Marcel Duchamp, but also to ongoing research into some things that this pun on Duchamp's 1912 "Nude Descending a Staircase" brings up re: feminism, spectatorship, the body as object/subject, revising the politics of the positioning of females within art (literally and figuratively.) 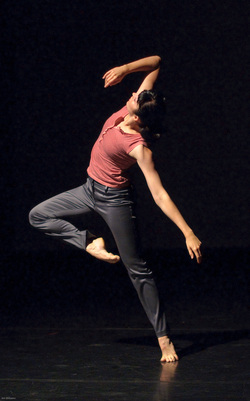 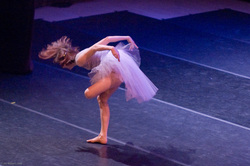 A moment from the first iteration of Bergman's solo "Pidgin" (then "set" choreography). Produced as part of the Omaha Modern Dance Collective showcase in "Day of the Arts" at the Holland Performing Arts Center, Omaha Nebraska, May 2008.